A Day and a Half Later….

Yesterday,between the rain drops,quite a bit was accomplished towards reconstructing TheGreatWall.The upper raised bed was finished and planted… 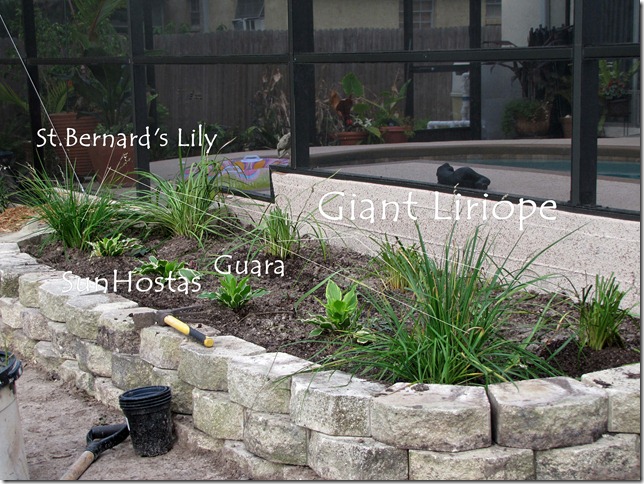 I asked nicely.
I pleaded.
OK…I begged Erich,the Younger,to come over and help me move blocks.
See,the pool guys were really considerate when they tore down the original GreatWall.
They neatly stacked them up.And they did such a nice job of it,too…
On the far side of the house!
Sooo….
…they all have to be moved over to the other side of the house.
Even with the garden cart,they were just too heavy for me to move more than five at a time.He filled that wagon right to the top,and hauled like nobody’s business!
Of course,he dumped them in a pile,but I don’t care.
They’re on the right side of the house.
That’s all I care about.
The new steps were started…. 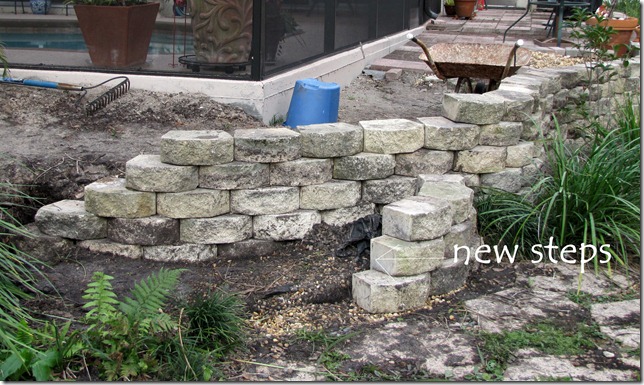 But then the rain started in earnest,and I had to feed the boy.
Michael Chiarello’s Turkey Polpettone Sandwiches.
Get the recipe here.
Dee-lish!Quite easy to make,and I think they’re on the low-fat side…
After work,today,I started removing the Giant Liriope,that are in the way of the new steps.
Let me ask this…
Have you ever tried removing Giant Liriope that have been in the ground over twenty years? Covered with over at least foot deep mixture of sawdust and contractor’s dirt ?

This is as far as I got… 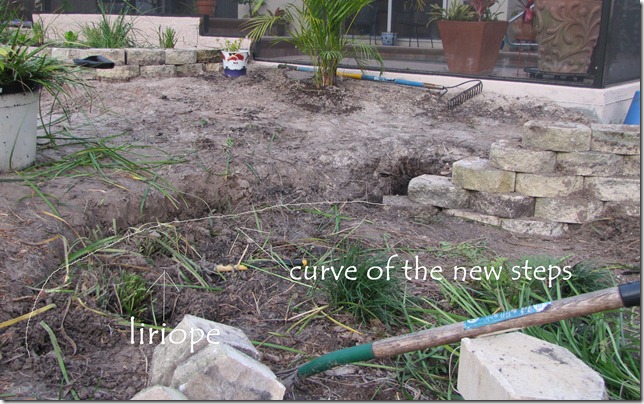 What I couldn’t dig out,I ended up cutting off.It was really starting to p..ss me off!
I think I hate Giant Liriope!
Anybody want some Giant Liriope? 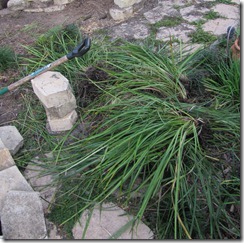 The ground looks really hard. You need my teenagers digging that out. Maybe there is one in the neighborhood? Good luck with your project.

It's nice to have an extra set of hands to help with the heavy lifting...especially when you're building the 'great wall.'

After a few hours of hauling fill dirt and the retaining stones,he looked at me and said,

"What are you building? The Great Wall of Lutz?"