It’s that time of year.The time we Florida gardeners look back on what worked and what didn’t.It’s too hot to do anything else.

Time to lay about in the pool and reflect on the garden.

Getting the flops out of the way first…..

Hillsborough County still has not moved on the drainage project(I’m thinking it’s time for some more phone calls…).I absolutely cannot bear to look at that side of the yard.Nor will I take a photo of it.

There are other flops,but nothing that can’t be corrected by moving the pants around.I try to buy two of everything.Just so I can see what works where.If one works perfectly,and the other doesn’t perform as well,it gets moved to where the better performing plant is.

Two Cordylines up and died…. 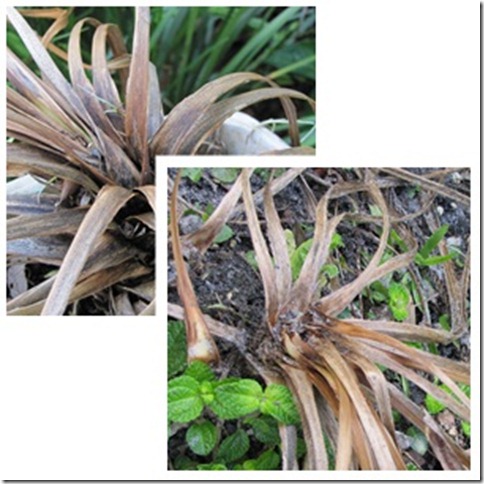 Both were next to others which are doing great…..

One of the tribulations of gardening,I guess.

Only two palms,by the pool area,have recovered from the winter freezes.And that has included much TLC.If it wasn’t such an effort to remove them,they would be gone.

The butterfly garden more than exceeded my expectations. 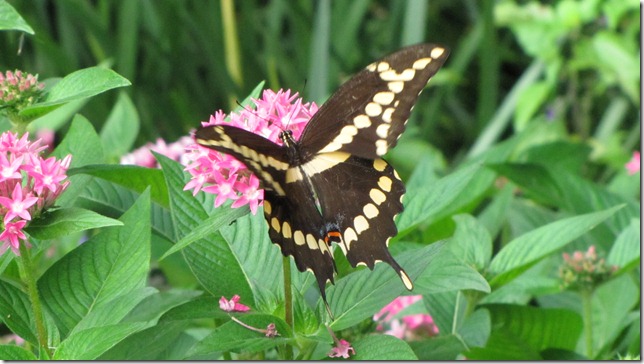 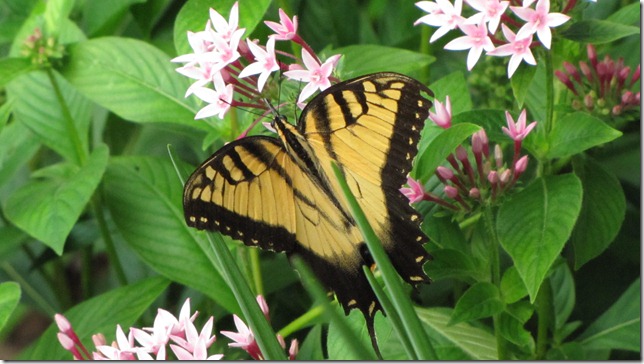 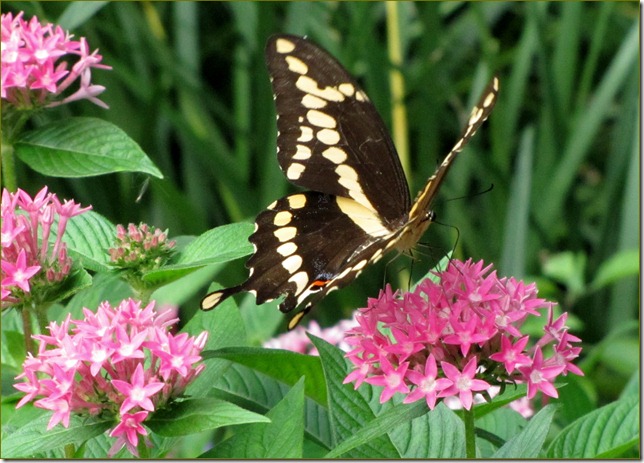 The shade garden has been enlarged by about two feet…or two swipes,on each side,of the lawn mower….I measure by how much there is to mow.That’s just the way I tend to look at things….

excuse the hose edging the garden.YardBoy laid it there,so I didn’t have to haul hoses around.Quite an ingenious idea I must say.I just have to connect the main hose to all the different hoses.It also tells him where to edge…,on each side 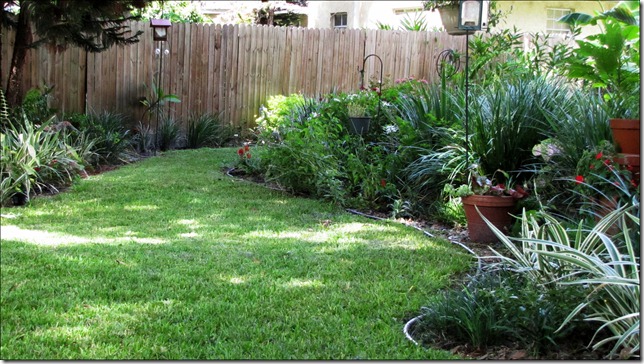 I want to go out another two feet---or another two swipes of the lawn mower--- when the weather cools.

I am more than happy with the performance  of the Australian Tree Fern. 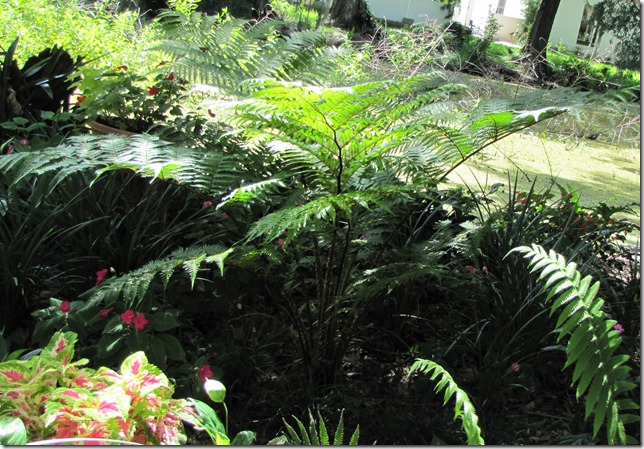 It’s in a perfect spot.Damp and shady.It has been a perfect addition to the shade garden.

With the addition of additional birdfeeders,we’ve had more birds than ever. 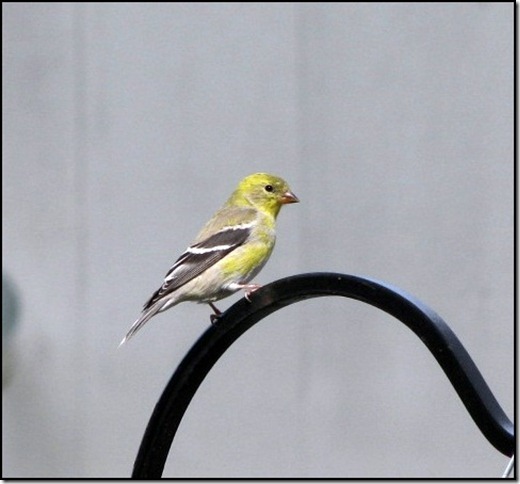 and Robins,en masse, this year…… 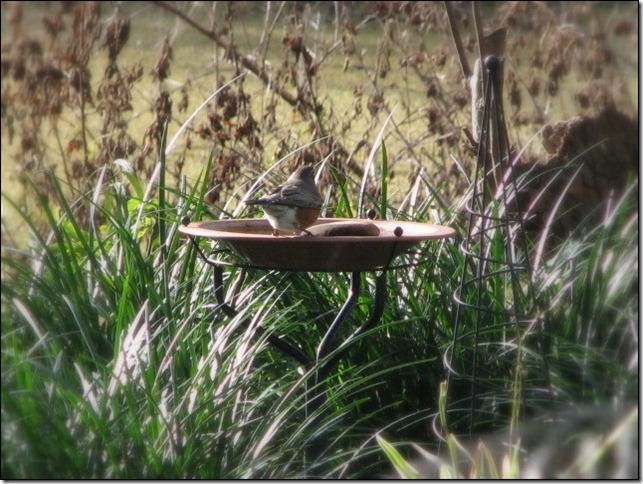 We renovated one of the set of steps from the pool area.The old steps had settled and were quite unsafe. 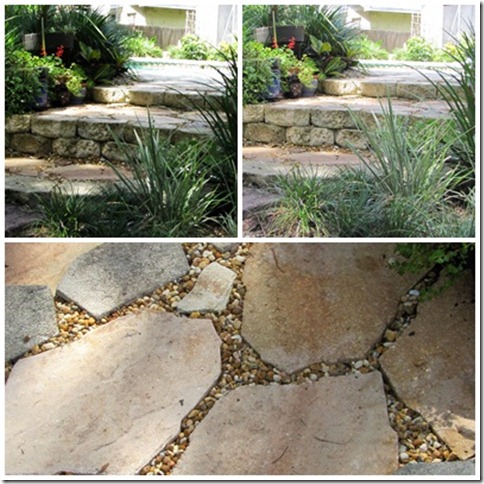 We used flagstone pavers from Home Depot,along with pea gravel as filler between the stones.

Plans for the future?

Get the side yard done.

I most definitely want to add a Queen Emma crinum to the garden.Our grand daughter due in September is named Emma.Appropriate,don’t you think?

Get the side yard done.

A garden building(actually,it will be installed this coming week!)

What are your plans for the Fall garden?

Oh do come join us in the beer truck!! We have Ces, Anne, Pam, and Audrey in here already!!! Plenty of room! LOVE your shade garden ♥♥♥ Big Love. I thought the hose was just a border until you pointed it out. I guess we share a bit of the same problems this time of year. Not only does my garden need more watering, it need counseling too! **blows cool kisses** Deb

Your butterfly photos are beautiful! We share some of the same tops and flops here at PITV. Grass was a big flop for us this past year. While most of my palms have recovered, I do have an areca palm that was badly damaged and is making a slow recovery. It is waaay too big of a clump to even think about digging it out...certainly not in this heat anyway. When it cools down, it will probably have enough new growth that I'll decide to leave it.

Sorry to hear about your cordylines...sometimes it just happens. Your butterflies and butterfly garden flowers look great. It's not easy to capture the butterflies, but you did a great job. And, your walking path is terrific. My mother did this last year and they have held up nicely and look great. A real added bonus to the garden. This fall I will be replacing 1/2 of the plants on one side of the pool because they, too, never recovered from winter. I'm getting eager to get out there but holding out for more pleasant weather which makes working in the garden more enjoyable.

Your butterfly garden looks to be quite successful. You have the pictures to prove it! Just beautiful. The flagstone pathway is very nice. You did a great job on it. This time of year I wish I had a pool to jump into. Enjoy!

Everything is absolutely beautiful. Fall garden? Ummm, fall just means I start cleaning out the beds for winter. :(