Putting The Veggie Garden To Bed~~~

It was time to say good bye to the spring veggie garden.

Production was close to nil.

I harvested the last of the eggplant(five total were worth harvesting),peppers(red and green bell,and one last banana pepper),

and a few straggling Galinas tomatoes. 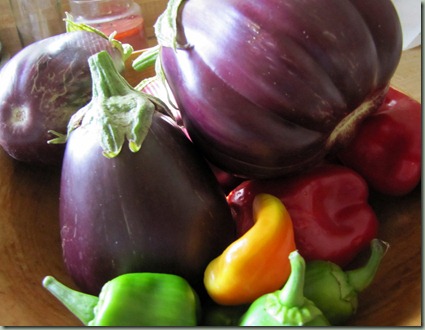 …yep,Eggplant Parmesan was for dinner…

Two basil plants and two parsley plants were dug up and moved to shadier locations,amongst the flower beds.

And,up came the rest.Chopped up and returned to the compost bin,to see service next spring.

Because the three new raised beds were put in,in a rush,they were never filled properly(though they performed exceptionally well),or leveled properly.So,first on the agenda was to level them,and then,fill them properly. 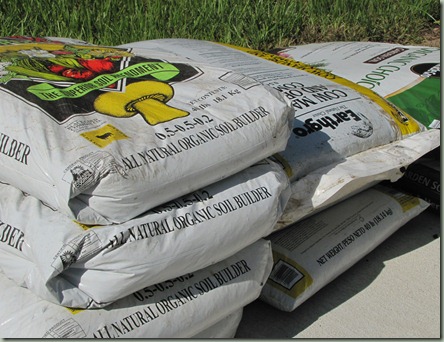 The two original raised beds needed some amending,also.They got mushroom compost and manure.All of the beds got a dose of blood meal and bone meal.After a good soaking,they were covered with clear plastic.To cook in the sun… 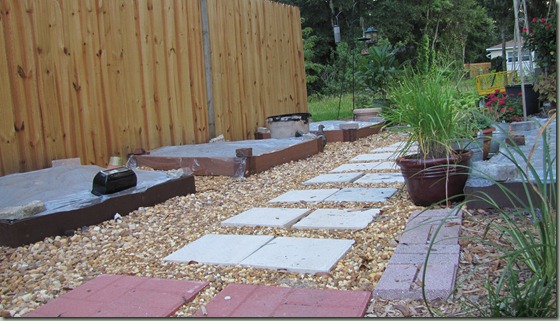 …for thirty  days,which should take me to Labor Day weekend.A perfect time to plant the fall veggies,I think.

Seeds have been started in pots.For tomatoes,I ordered an heirloom seed collection… 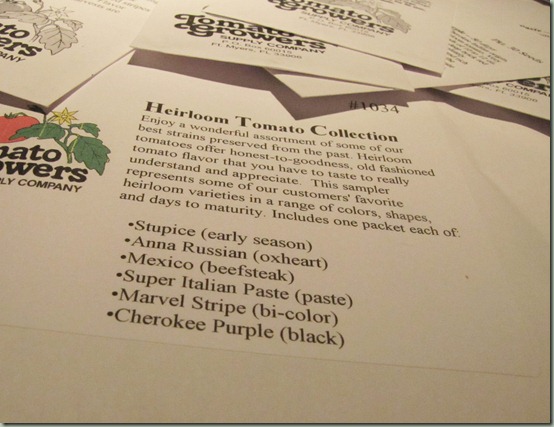 For some reason,I’ve found that I have the best luck with heirloom tomatoes,which is why I ordered these.I don’t know if it was a mistake on their part,or not,but also included in the order,I received,was Virginia Sweets.For now,I planted the Stupice,Anna Russian,Mexico,and Cherokee Purple.The rest I shall start at a later date.

Also started in pots were Marigold,Cottage Red,from Burpee.I haven’t been too pleased with Burpee,lately,but I thought I would give them one more chance.Plus,the idea of a red marigold kind of intrigued me. 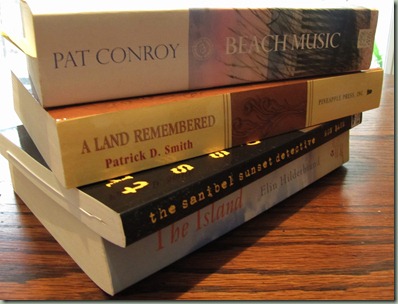 …when the gardening fun begins again!!!

Could it get any better than this?

You have really gotten into the veggie gardening. You are inspiring me to get my act together for my containerized veggie bed. I'm planning to have lettuce, spinach, a few tomato plants and bush green beans in the Earth Box. Hmmm...I think I'm a little late on the tomato seeds.

Hurray for you...you've got all this out of the way before preseason starts. I better get on the stick and get ready to. Your heirlooms tomatoes sound delicious, and your garden area looks great.

I totally agree with your that August is a great month to kick back poolside and read some good books. My daughter read A Land Remembered in school this past year and it was a very interesting look at Florida in the pioneer days. Hope you enjoy your reading.

compost in my shoe said...

I'm getting ready for my 2nd wind for summer. More tomatoes and peppers on the way!

Wow, how did you grow eggplants that big? I don't think I've seen anything that comes close to the enormous size of your eggplants.