Have A Seat,Why Don't You?

Now that that the typical Florida summer is in full swing,the garden has slowed down.


The vegetable garden is just about over.All that's left are some eggplants,and a few hot pepper plants.Everything else is now residing in the compost pile.


It is entirelt too hot and humid to garden all day.And the mosquitoes are out in full force!


So,the only decent time to tend to the garden is first thing in the morning,or in the evenings. And ,of course,you need a healthy dose of Off! before setting foot in the shade garden,or gardening down by the lake.


(Where has Mosquito Control been this year,by the way?Ahhhh-government cutbacks.....)

Two years ago,we had to have our front entry-way replaced.When they cut out the fourteen foot 4" x 16" cypress beam,they asked if we wanted it.

Hell yeah!!!
Actually,I think they wanted to keep it for themselves,as they were very careful taking it out.


But Jon took the chain saw and cut in in thirds.Sanded it down.And made garden benches with it. 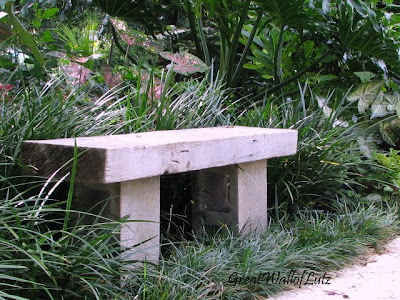 This one is "The Time-Out Bench".It sits next to the pool,and when the little ones are here,and they misbehave around the pool,this is where they have to take time-out. (It has gotten alot of use,trust me.)
Jon just used two old concrete blocks to set it on.The plants have grown up around them,to cover what they are.

I love a bargain! The cheaper the better.Even better if it's free(as in The Time-Out Bench),but I cannot pass up a great deal.


Last weekend when I was in Target(or,if you prefer, Tar-zhay),the manager of the garden section happened to let slip that all the Smith and Hawken was going to go on clearance!

What was that he just said ?!

I am so there!


Then,this past week it came out that Smith and Hawken was liquidating.

Yesterday,first thing,I was at Target. These two chairs were marked down to $24.96 each! From $129.00 each!!!And they came with the cushions!I tell you,that was not to be passed up.They only had two left. 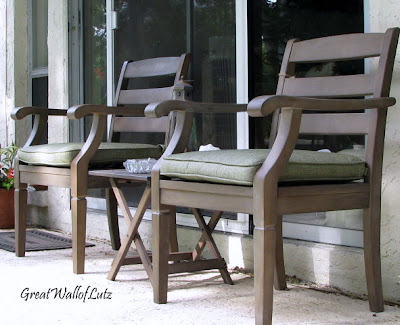 "Load that in the Tacoma,too,boys." 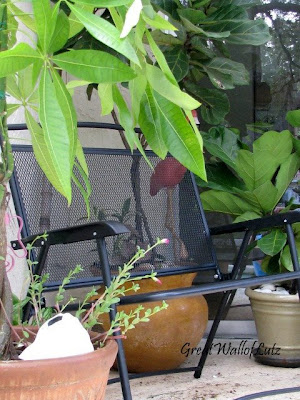 I made this sign for Jon.He has to have his own little space,too,after all.

Our oldest got us started on collecting the bumper stickers,so Jon's been putting them on his sign,along with old,rusty fishing tackle. He may have some design sense,after all...... 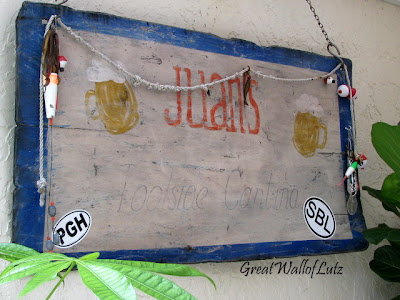 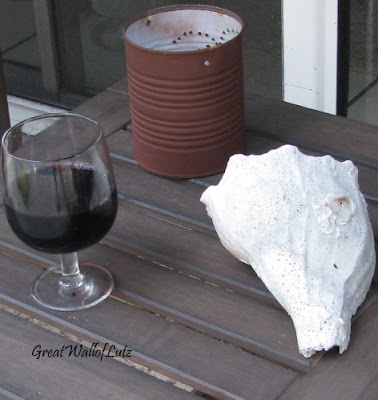 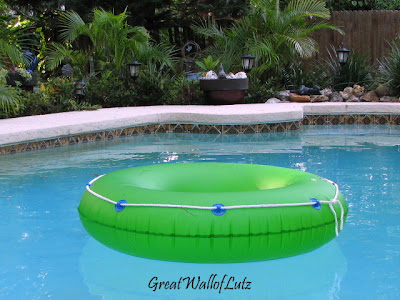 Hey Chris,
I love your Smith and Hawken bargains... those chairs were a steal! It's nice to have a few places to stop and sit down once in a while... and just enjoy the garden.

Well, I'm back out to the front garden project now that the rain has stopped... lots of Cutters being applied to keep from being carried off by the mosquitoes.

You did get some great bargains! I love the cypress bench. I could have used that last week.

I saw that stuff on sale this weekend at two different Targets and both were not marked that low, you hit the jackpot on those.

I still find it wierd to here that people in FL can't have a vegatabel garden during the summer, lol.

Oh Chris - I'm laughing my big butt off over here! I just got those SAME Smith and Hawken chairs at the same price! (But I scored 12, and two tables!) WHOO HOOO! We're on the same wavelength! :)

Oooo, and P.S., I took pictures of the yard last night for the post. I have one of the tables set up ... come by when you can.

I love a bargain! I'm so glad you posted about how we can't grow veggies at this time of year, but the flipside is that when everyone else is still waiting to plant after winter, we are already harvesting.

I could do without this heat though! I went on the NODC website yesterday and saw the water temp was 90 degrees. I need to get a pool like yours!