After finding three infestations of Lubber nymphs,yesterday I bought Nolo Bait and applied it.Now that,that is done and traps are set(Info on that can be found here.)it was time to sit back and watch the Lubbers cannibalize themselves.Who knew they were that way?

Can you hear my maniacal laughter?

Only a gardener could take such great delight in murdering a creature like that….

I cannot wait to come home and find Lubbers eating each other!

While I was waiting,and anticipating,the carnivorous action that is yet to be,I thought it would be good to catch the back garden in the late afternoon/early evening sun .Though the garden always seems to photograph much better in the early morning,I was interested to see what the camera could capture in the late afternoon sun.

After the County removed the four cypress trees,TheGreatWall is in full sun almost all day.It has been a learning experience seeing the changes in the garden.Plants have had to be moved to shadier locations.Containers have to be watered more often.

But,most of all,I wanted to see how the late afternoon sun reflected off the plants…. 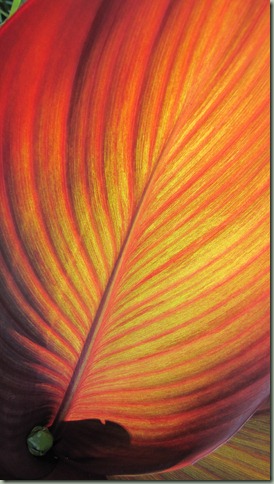 What’s that in the lower left corner? 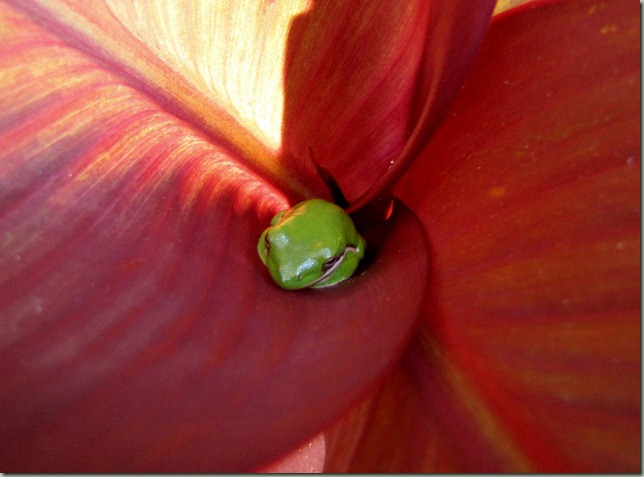 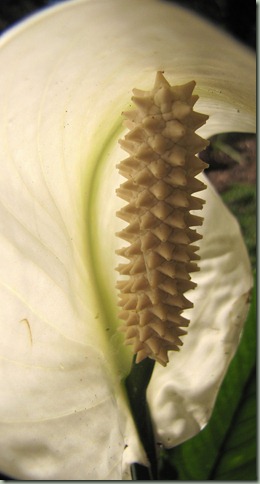 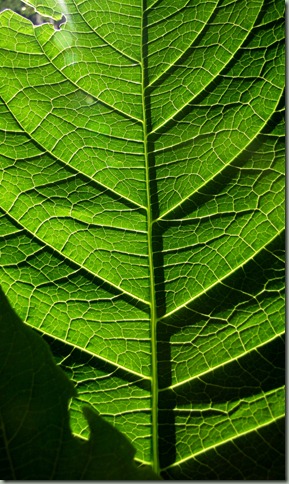 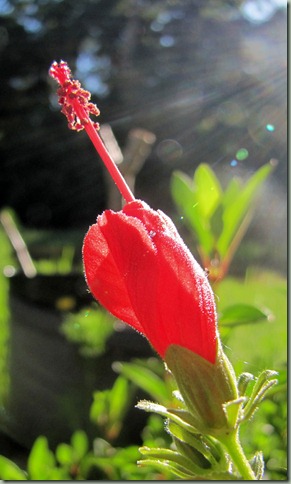 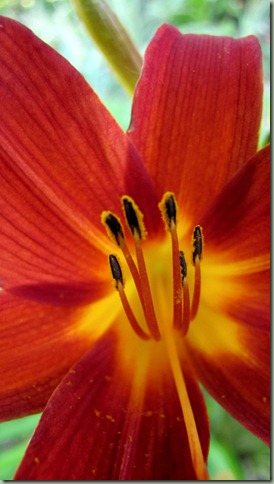 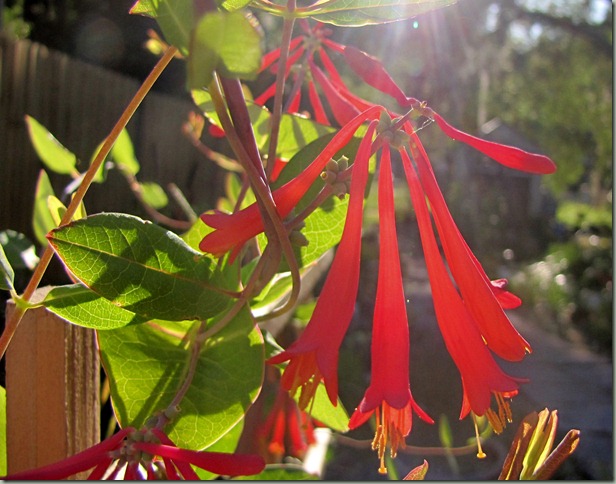 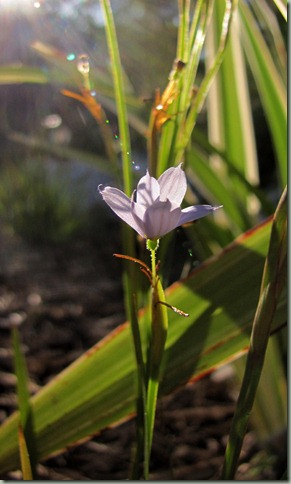 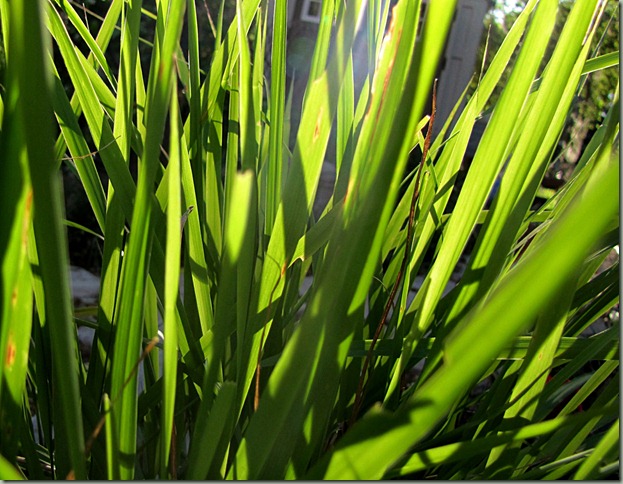 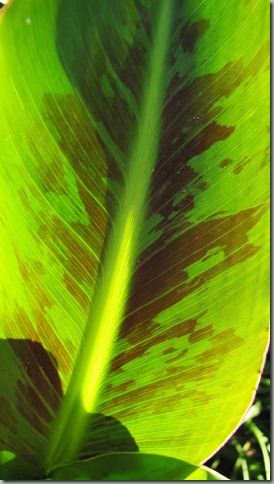 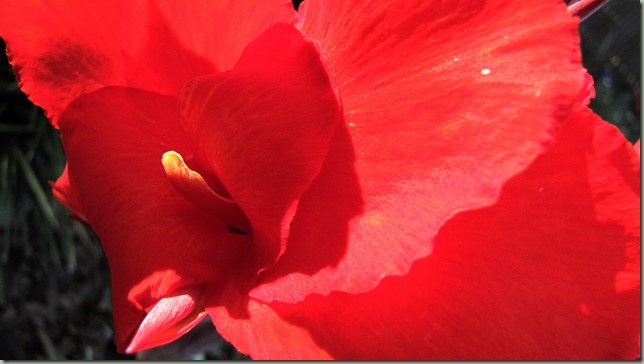 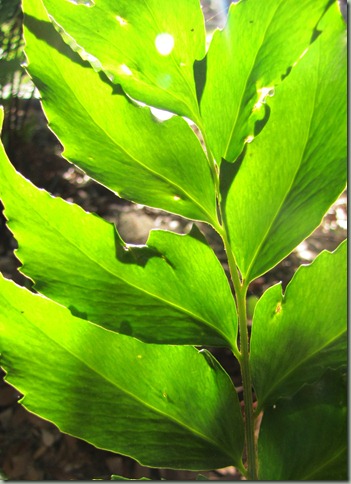 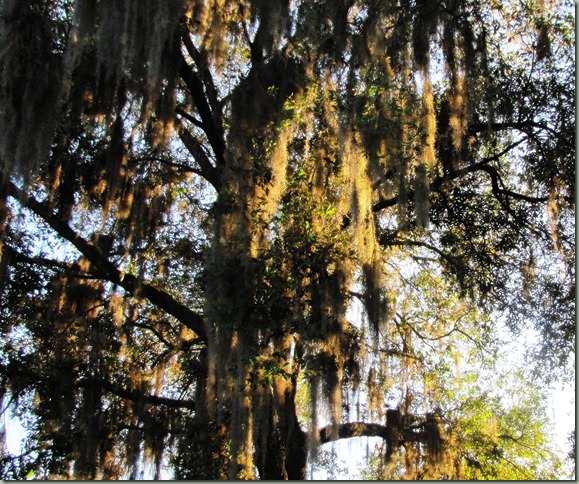 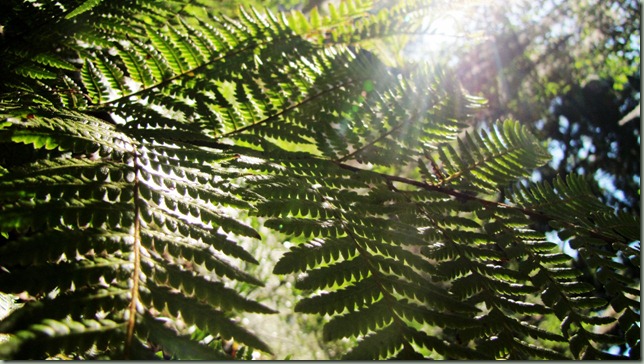 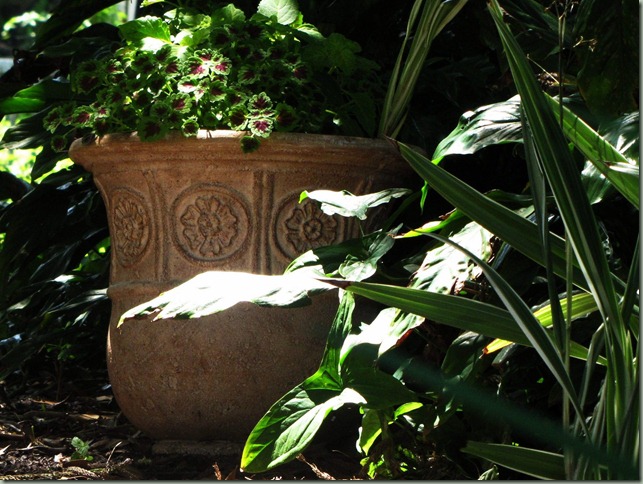 til the week end,

Hi Chris...I love the way plants look with the sun as back lighting. It really shows them in a different dimension or should I say "in a different light"...yes that was intentional. Love the way the sunbeams are highlighting your ferns. It's always neat to be able to see the sun's rays beaming down through the trees. Can't wait to hear more about your cannibalistic lubbers.

We want video of the cannibalization in progress!

Admittedly, I'd never had any trouble with lubbers until I moved to my new house. For the first time I saw a multitude of nymph colonies day after day. I was kind of horrified recalling the numerous nightmares I'd heard from my blogger friends. And since crinums among my favorite plants in my garden, I was even more nervous as I've heard that one lubber can take down an entire crinum in one sitting. I did not delay...I smacked each one to the ground and squished them as quickly as possible. I've never heard of the pesticide you speak of, but I just might look into it.

Your late afternoon photos are absolutely fantastic! I love the way the light shines through and about the various leaves and scenes. The canna is an altime fave with the sun shining so brightly throught the colors. Sweet litte frog, too...scared of sun burn...smart!

Susan and Tink-stay tuned.If I get a video of lubber cannibalism,you can be assured I shall post it here.

Kimberly-Previous years,beheading was enough to control the Lubber population around here,but this year has seemed incredibly worse than previous years.Could it be the weather?
I found the Nolo Bait at a feed store.It's organic,and other bloggers raved about it,so we shall see.So far-so good.

Those plants under the late afternoon sun look gorgeous. You captured their beuties so well! Hope your lubber solution works well!

I'd say all those sunlit flowers and leaves are adapting well to the new light situation in your garden. I sure hope they stay safe from those horrible lubbers. After last year's infestation around here, I'm trying to be super vigilant while they're in the nymph and juvenile stages. Here's to Nolo Bait working wonders!

Lubbers are downright disgusting. Bugs are a downfall to tropical weather. We just don't have such things here...they all would freeze to death! :)

Your photos are so beautiful. Makes me realize that I need to get my camera cleaned and a tune-up and quit using this cheapo pocket camera. I need to be ready to take photos of my own gardens. If the snow ever melts.

Love all those sunlit photos! And the green tree frog...adorable! That is a photo-heavy post? Oh my, I wonder what people think of my posts.

Death to the lubbers!