The Greatest Gardener I Will Ever Know

Preface:It has been a while since I have posted,but much has been happening here on TheGreatWall.After two bouts with the flu,sinus infections,and my Dad being in and out of the hospital,hopefully,you will understand the absence. 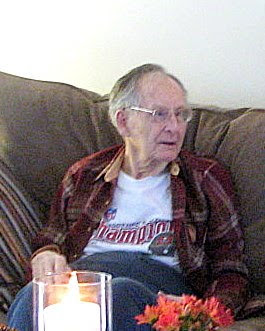 These days find him quite frail.In and out of the hospital with heart failure and chronic atrial fibrillation that a pacemaker cannot quite keep up with. 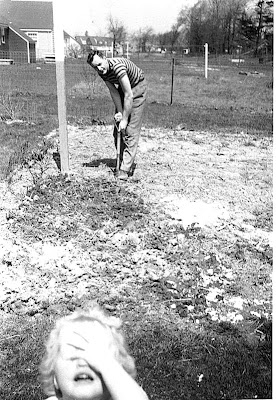 Here,digging his garden,in spring time,in Niagara Falls,NY.
Yep,that's me.Trying my bestest to keep up with him.
Until he retired at the age of 53,he was an engineer with GTE Sylvania for as long as I can remember.
And he gardened like an engineer.Everything neat and orderly.Nothing out of place.Neat rows.A weed was NOT allowed.But also allowing for my mother's precious flowers and roses(sorry Mom,but I never got the rose growing thing).
He had a huge compost pile,before I knew what a compost pile was.I just remember that with all the snow we would have in Western New York,there was never any snow on the top of that pile!That's how much heat that thing put out!
He even dug our swimming pool! 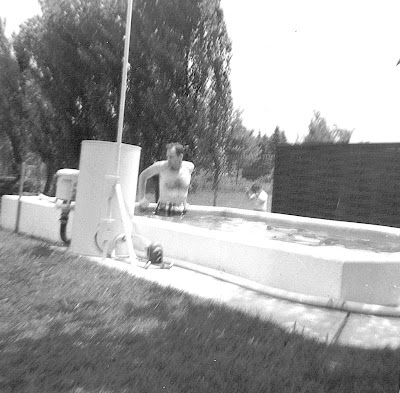 With an engineers eye,he dug it all by hand and laid the concrete block by his own hand.
Filling the concrete block with Utica Club beer bottles(the stubbies-remember those?),that he drank.He may have been an engineer,but he still liked his cold beers!Only an engineer would figure out that the round shape of a stubbie beer bottle is good fill for concrete block.
Took him one whole summer,but he did it all by himself.Including the drinking of the beers.
From the 1960's until 2005,he kept a diary of the high and low temperatures,rainfall amounts,what he planted,etc.I am lucky enough to have it,today.It is a treasure to have,and it is in my bedside table.
After retiring in 1973,to St.Petersburg,Florida,much to my mother's consternation,he started gardening,again.At the time,he said,gardening in Florida was like learning to garden all over again. 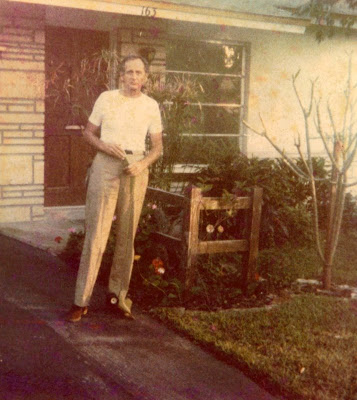 He gardened up until the day he realized he just couldn't do it any more,and came to live in an assisted living facility closer to us.
But don't think he was the typical serious engineer.
No Way!
Much to my mother's embarrassment,one day,he and my and older brother,Ross,built the ultimate snow woman. 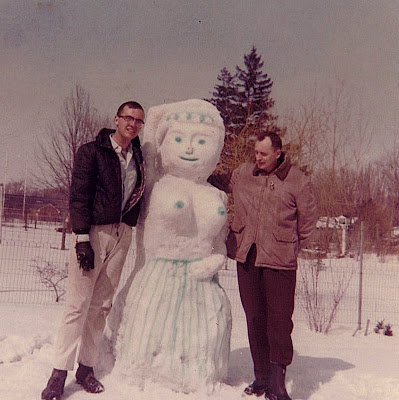 When she found out what their plans were,she made them move to the backyard!
No way was that thing going in her front yard!
And the food coloring was all his idea!
Quite a looker,isn't she?
But even though these days,find him quite frail,he still has the gardening bug.
He loves looking thru gardening catalogues.
Giving me advice.
Admonishing me.
"Quit fussing."
"Give it a try.What do you have to lose?A $1 seed packet?"
This Christmas season found him in the hospital,again.But home in time for Christmas,with all of the family.
And well enough to come over and see his beloved orchids. 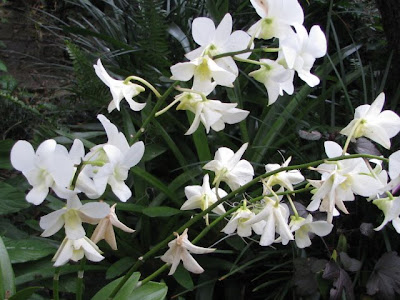 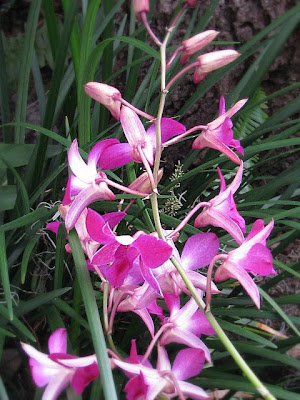 and especially,his precious Cattelyas,which he has always been so proud of.
Just beginning to bud,as if welcoming him home. 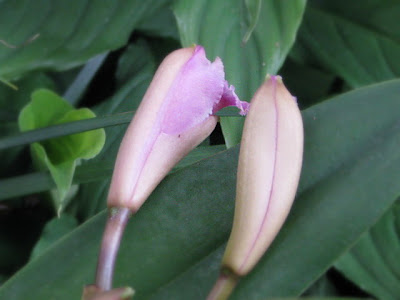 His words,"You've finally learned to quit fussing and leave them alone.They're gonna be fine"

and to admonish me,"You have an awful lot of weeds here."

"Arrrrg,Dad,you've been keeping me quite busy."

Quizzical look from him,as if the garden is the most important thing......

Hopefully,God will grant me some more time to ask those questions.
Addendum:The second best gardener I know is my father-in-law,Max.But that would have to be an X-rated post.In relation to gardening,he tends to preface every word with @#$%.As in,"get yourself some good chicken @#$%.That's all you need."
But he grows the biggest and best tomatoes and rutabagas of anyone I know.
Posted by Unknown at Sunday, January 03, 2010

What a lovely post; a brilliant tribute to your Dad, and to yourself by proxy: after all, he raised you too! Thank you for sharing that.

Great words of wisdom from your dad. I do tend to fuss to much over my plants, too. I am sure that he is enjoying your garden immensely and his beautiful orchids. Great post!

You are as proud of your father as he is of you. I hope his health and strength improve this year.