He was frail,in pain,and almost blind.

He voiced it many times,to me,but I chose not to hear it.

He was ready to join my mother and brother.

And for that,I am grateful.

As if Mother Nature knew he was home,

the day after his passing,I noticed this… 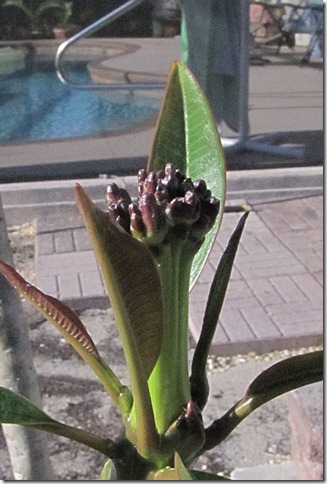 This plumeria –a yellow and cream-  is from a cutting from the original he brought back from Hawaii.It has never,ever bloomed this early. 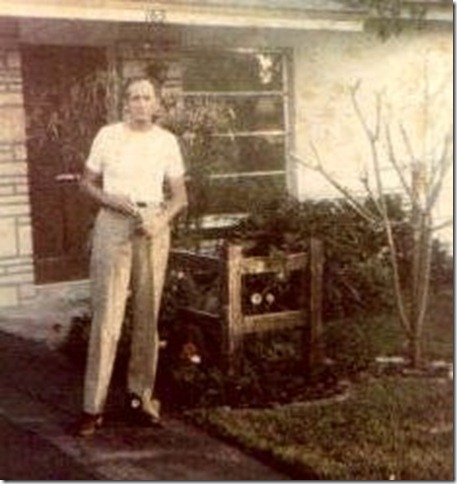 The original plant is on the right…

The past few months,I had been letting things slide.

Seeing to Dad had taken a lot of my time,but this past Sunday,I felt the overwhelming urge to get back to the garden.

A garden is the best alternative therapy.

“Your tomatoes really need to be staked,girl.”

“I think those plants need a good soaking.Use the soaker hose.”

“Those lines need to be straighter.”

I have no idea how many times,I wanted to call him,and ask his advice,but something told me to keep moving.

In joy or sadness, flowers are our constant friends

The orchids seem to be giving him a final salute,also…. 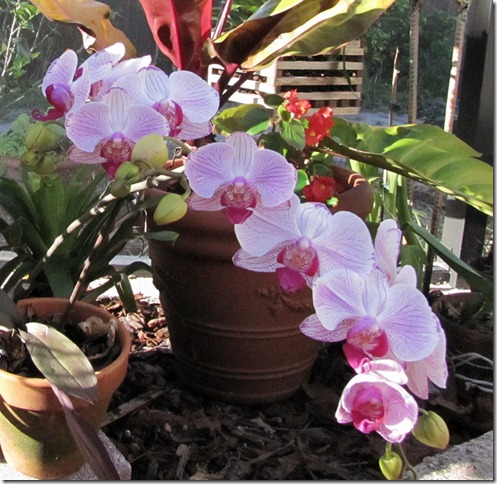 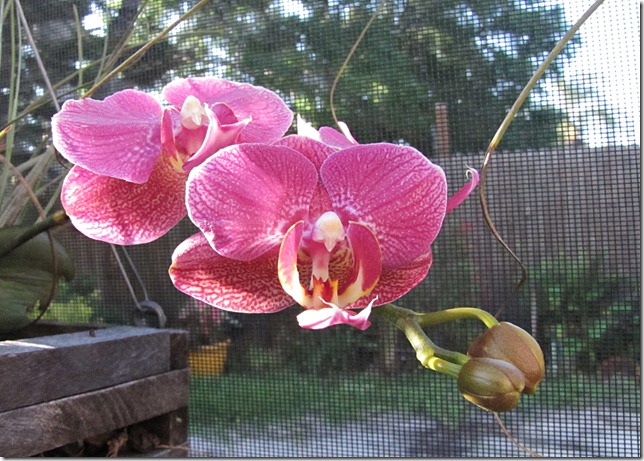 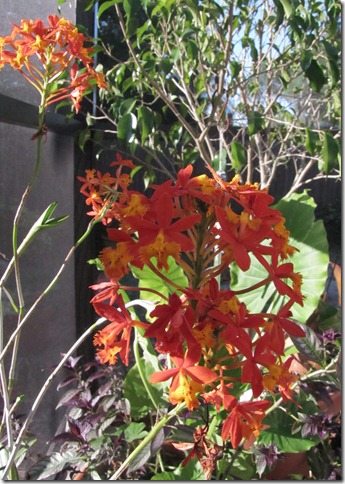 That he never got to see his orchids in their new home. 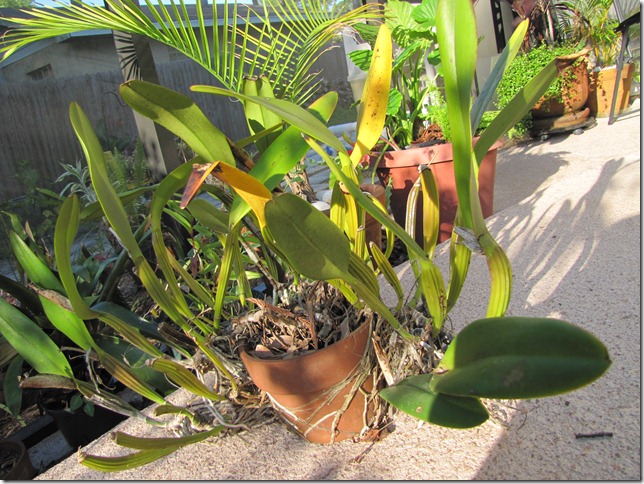 …”before the tourists get there”…

She,to go shelling.He,to look at the wild orchids.One of their greatest joys was to take the grandchildren.She,to show them shells.He,to put them on his shoulders,and wade out to the sandbar,to go shelling for their Grammy.

So,this May 25th,on what would’ve been his 93rd birthday,we shall return.For the grandchildren to take the great grandchildren,on their shoulders,out to the sandbar and sprinkle his ashes.

A garden is evidence of faith. It links us with all the misty figures of the past who also planted and were nourished by the fruits of their planting

Oh, Dear Chris: This post made me having tears in my eyes. Big hug from me... Losing a loved one is always hard, but knowing him leaving in peace is somehow comforting. I am sure your dad will continure spreading his spirit through your passion to the gardening, his orchids, and many more that you treasure about him.

Oh Chris,I am so very sorry for the loss of your beloved Father. I am so happy to hear that he was rewarded with a Good Death. I have no doubt that his plumeria blooming early was a sign to you to let you know that he had crossed over and is in eternity with your mother and brother, and though it may seem to you a lifetime before you see him again, in eternity, it will be the blink of an eye. Yes, yes, celebrate his life...a life well-lived. Sending you all of my love on the wings of a desert sparrow, Deb