The steps are finally finished!
YessireeBob!
.…even though Bob didn’t help one lick!…. 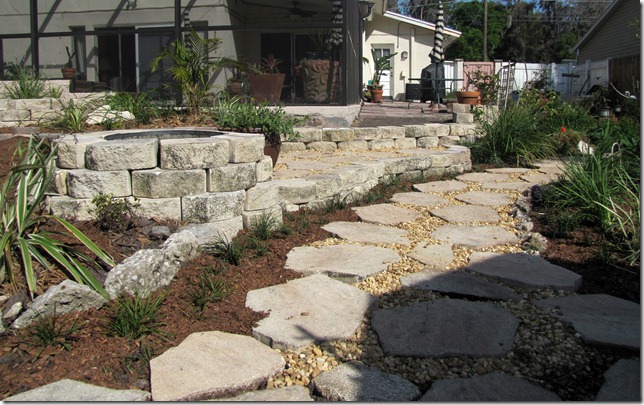 From a better angle… 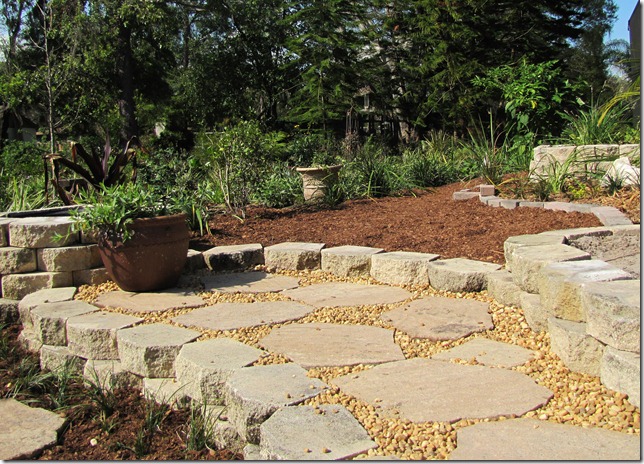 Mondo Grass is planted in front of the blocks.With hopes,that,eventually,it will fill in the gaps.

A large section of the pathway,to the garden shed and well, has been straightened and raised…. 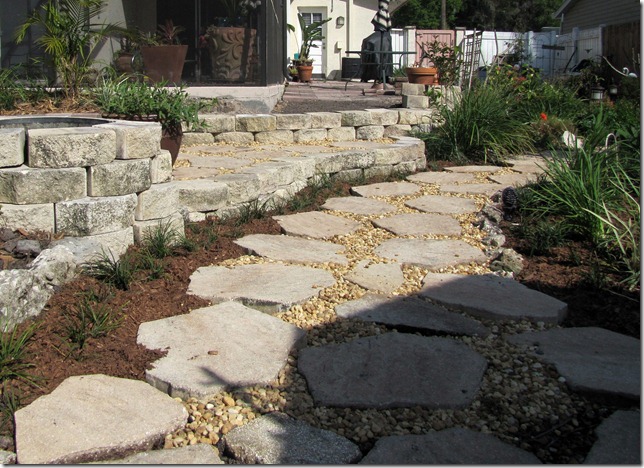 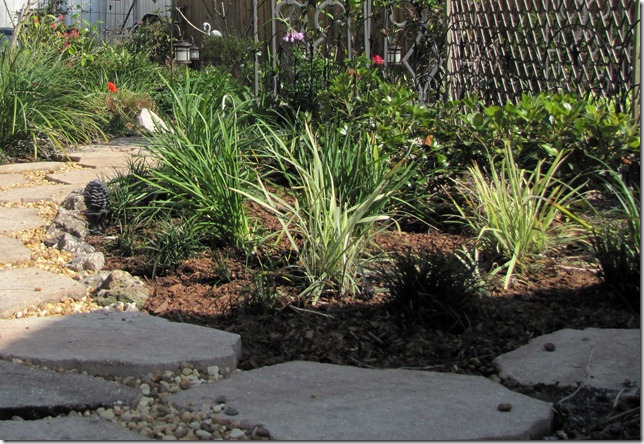 Planted with Indian Hawthorne (for a barrier between the veggie garden and the rest of the yard),Giant Liriope,variegated Liriope,Society Garlic,and more Mondo Grass for edging.Rain Lilies and a Blackberry Lily are also planted in this bed.They were planted here,before TheTree went down,and they have done quite well,so,here,they shall stay.

The upper area has been mulched,with Melaluca mulch.
Creating a pathway in front of the raised gardens… 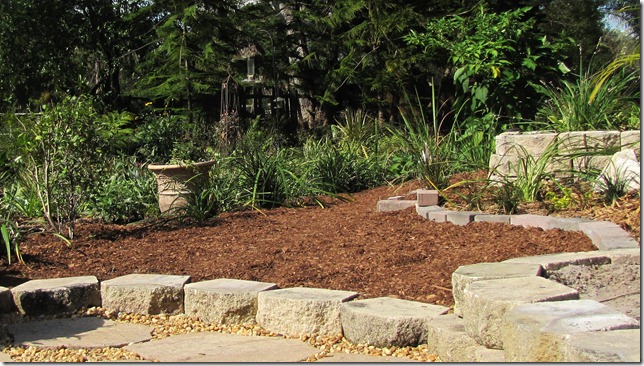 The lower raised bed,has yellow African Irises-moved from the Roadside Garden,self-sown Melampodium,and some garlic and onion sets.
As I go along,I’ve been transplanting,weeding beds,and spreading compost and mulch,so it’s taking a little longer than I planned.Isn’t that always the case?
Hopefully…
…if life doesn’t get in the way…
next up,will be the main level….

I think I need gravel….
lots
and
lots
of gravel !
~~~~~~~~~~~~~~~~~~~~~~~~~~~~~~~~~~~~~~~~~~~~~~~~~~
Dad update:The plan is for him to leave the skilled nursing facility and return to his ALF,in another week or two.He will be more dependent on a wheelchair,than his walker,which he isn’t taking kindly to.Physically,he’s quite frail (the surgery to fix his hip took more out of him than he cares to admit),but mentally,he’s alert as ever.He’s looking forward to visiting the new pool and HIS orchids’ new home.I have shown him photos and he has expressed that it looks pretty good. He still needs to give his stamp of approval.His room is covered with pictures of a certain someone …. 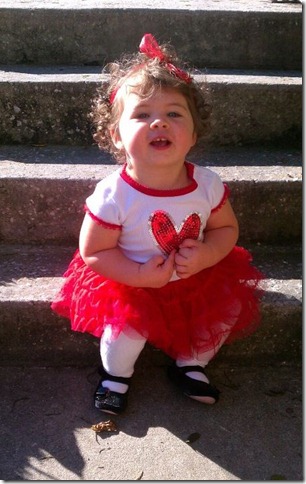 –Is that Me?-
-yep,you-
which he shows off to everyone.

That looks like it feels good! Quite the project.

Your steps turned out great! I can just imagine the back-breaking work that was!

After a few hours of hauling fill dirt and the retaining stones,he looked at me and said,

"What are you building? The Great Wall of Lutz?"


And the name has stuck!
Slowly,this blog has evolved into the renovation of a 70's era house(the HQ), cooking, photography, crafts and decor.
It is what it is....TheGreatWallofLutz.
contact us at:
thegreatwalloflutz3@gmail.com