I’m feeling a lull,gardening-wise,lately – more about  that later – but,this afternoon,after a color and cut – amazing what that’ll do,for a girl,right?- I took the camera out and took some shots…. 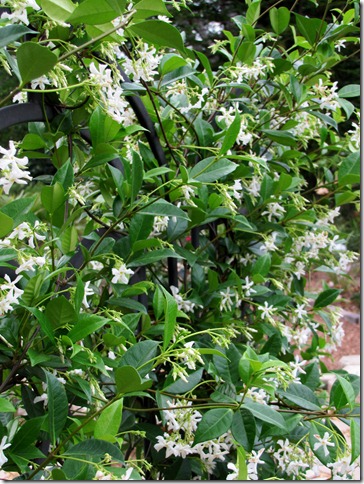 Love this view of the garden,from this angle.A Bleeding Heart Vine has been moved to grow up the trellis.In the forefront are Hollyhocks,Delphiniums,Louisiana Iris,and Double Red Knockout roses.All intermingled with Giant Liriope and Variegated Flax Lily. 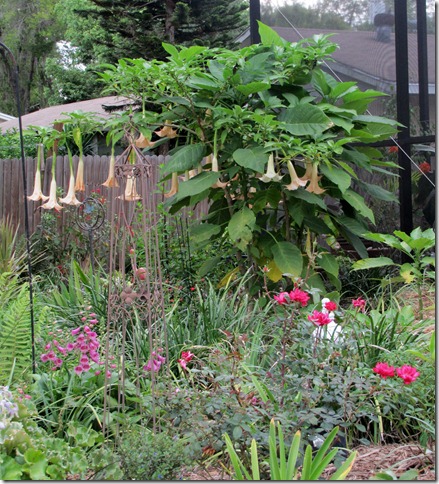 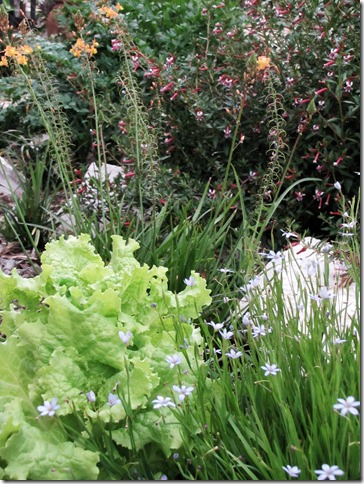 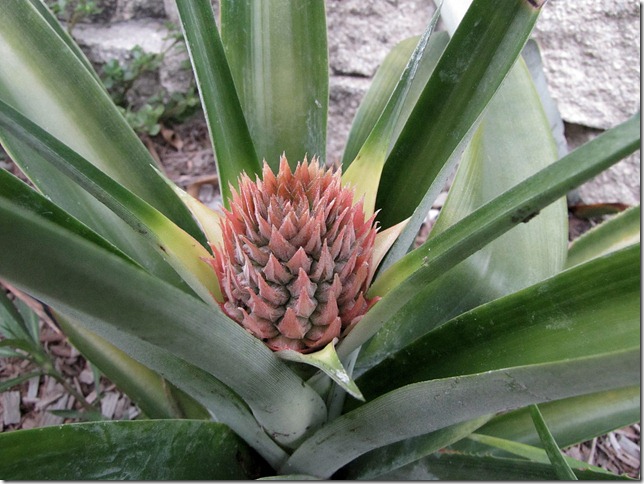 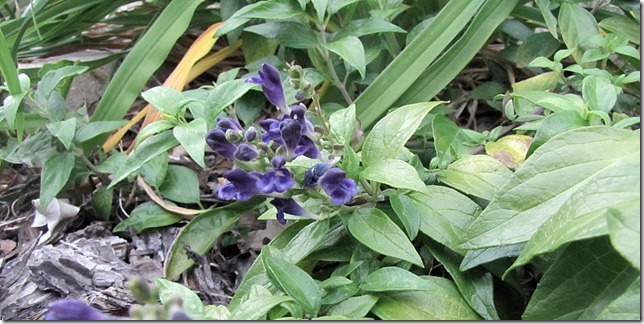 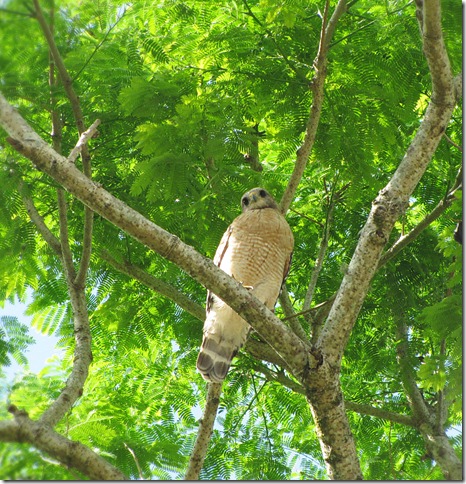 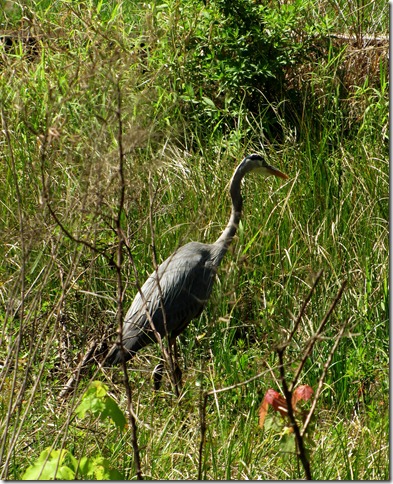 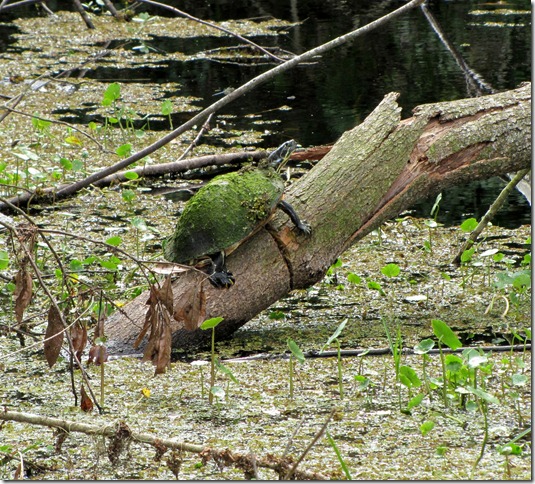 Today-I had to move Dad from his Skilled Nursing Facility to the nursing home section.Earlier this week,I broached the subject with him.That he would not be going back to his ALF apartment.That he needed 24 hour nursing care,which I just was not capable of giving him,at TheGreatWall.His lower lip quivered,and a tear ran down his cheek,but he held my hand and said it was going to be alright.He understood.Much as I hate seeing a man who once dug and built his own swimming pool (with perfect right angles,too) ,built a huge garden with rock walls(he stole –we called it relocating-them all by himself,too!),and built his own greenhouse to house his beloved orchids in.It’s seeing his eye sight fail to the point that all he sees is a blur.Knowing he’ll never get to see his orchids flourishing in their new home.Knowing that he will not get to actually see Emma grow up.When I take him photos,he runs his fingers over them,and says how pretty she is,and how smart she is.Seeing his memory fail.Seeing the man who I have always thought knew everything about gardening,start to leave me.

I hate the long goodbye!

The tears are welling up in my eyes as I read the end of your post and I know there are no words to offer up for comfort. I know God will see both of you through and I wish you the best. God bless!

Oh Chris. My heart goes out to you as you go through this stage of your Dad's life. It's been 19 yrs. since I lost my own Dad but I still catch myself wishing I could glean his wisdom. I know you will treasure each moment you still have with him.