Note:This post is for my benefit.To document how the County’s drainage project,and how the re-grading of the backyard handles a major rain.But feel free to offer suggestions,ideas,etc. on how to make it better. 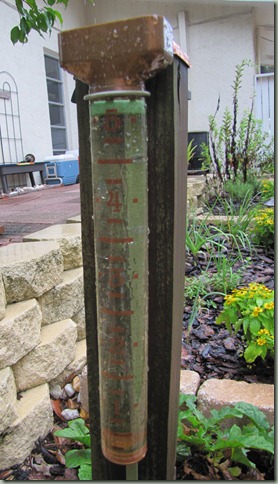 with more promised for this evening,tonight,and tomorrow.

I wanted to see how the work,the County has done,handled a few days of steady tropical,style rain. 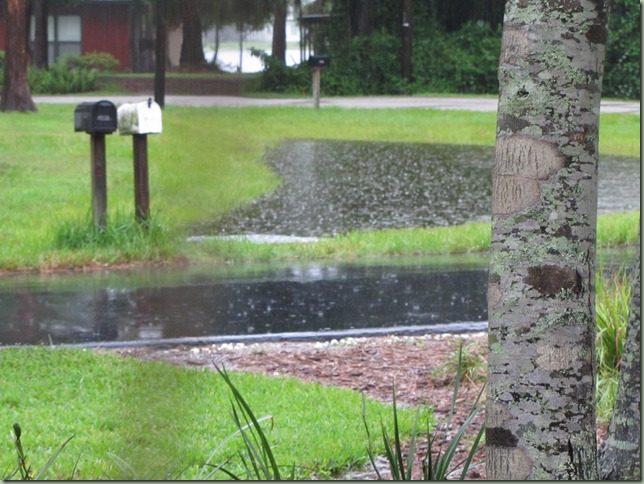 The drain the County installed is to the right of the mailboxes.Even though we are under a flood watch,so far,it’s working.

And how is the re-grading of the back gardens handling rainfall?

Did it run off?

The major swale the County installed. 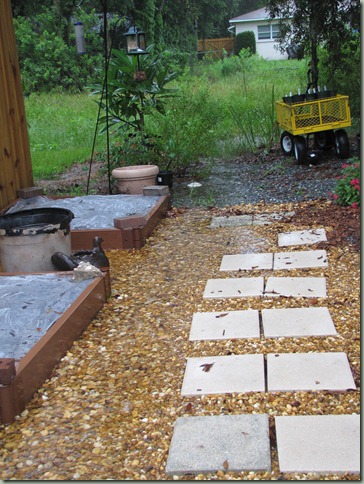 The veggie garden where the rock/gravel pathway was added,through the swale. 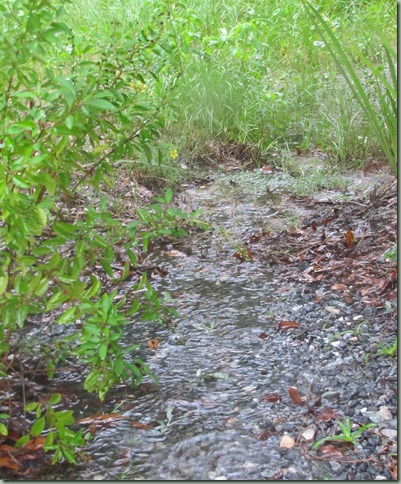 The other major swale that was installed,last summer. 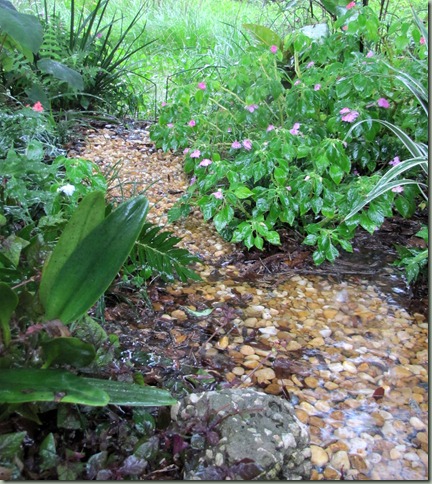 The water is running off,but I feel it needs more rock/gravel to handle the amount of water it is being asked to handle. 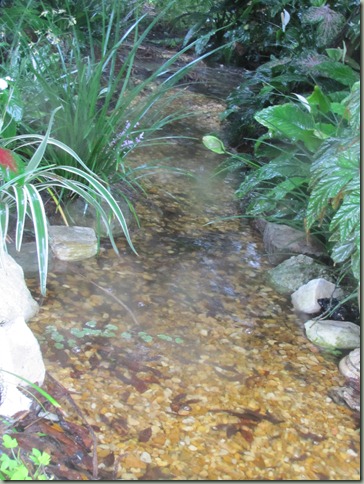 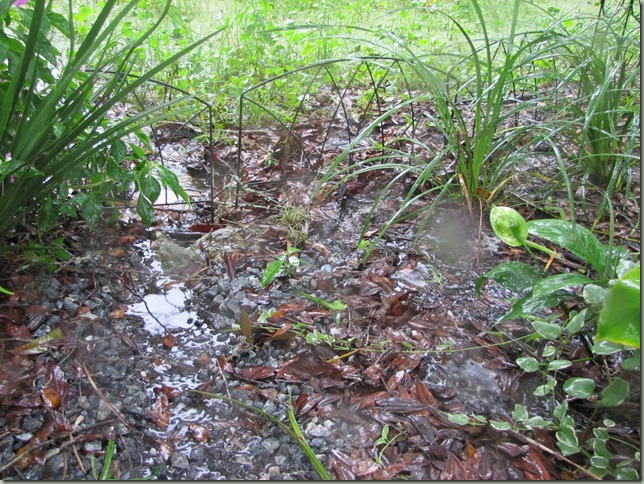 So,to counter the erosion,I think it needs more rock/gravel to slow it down.

This evening,the rain has slowed to a steady rain,and the water is running off.Quite well,in fact. I am thinking that with the amount of rain we have had,in such a short amount of time,the water has run off quite well.Hopefully,all it needs is a little more rock/gravel.

Conclusion: With the amount of rain that has fallen,some flooding is to be expected.But the water has run off as was hoped.Erosion still occurred ,but nothing that cannot be corrected with more rock/gravel.Hopefully…

But with all this rain,not only is the garden springing to life,

so are the weeds!

Hey, I guess government can do something right once in awhile. I'm glad you got your problem solved.

Glad the work they have done is indeed working! I know what you mean about weeds after rain. This weekend, I saw so many weeds are growing between the my paved backyard bricks. Lots of work to pull them out.

Glad your drainage is working. This past rain storm was a great test for it. Weeds. I guess when it finally quits raining I'll have to take care of them too.